Rich color schemes and new animated elements are what make GameBoy Color such a popular retro game console. New and modernized graphics, characters and levels, made retro games fun on another level. Here are the best games for GameBoy Color you should play right now. Retro Gaming Console (watch it working).

Kirby Tilt N’ Tumble is a GameBoy Color video game that utilized special cartage. It had a tilt sensor built into it so to control the game you wouldn’t use the direction buttons, you would have to tilt the game forward, back, left, or right. You would have to flick the Gameboy for Kirby to jump. That is one of the features that made this retro video game fun to play. It is something that could not be seen before. Those features made this retro game memorable and enjoyable to play. Play it on your Retro Gaming Console.

Shantae is a classic retro Gameboy video game. The main character is a half-genie that can kill her enemies by whipping her hair. This game had a lot of features as transforming into various animals and making damage to her hair. The game itself is well made, with the high-quality graphics and soundtracks it is a delight to play. Shantae provides detailed levels and fluid animation.

This game was published in 1999 and got a lot of popularity. It combines platforming, grappling hooks, and sci-fi adventures and challenges. With the shooting and swinging actions, it is interesting to play. The protagonist of this retro video game travels through Karenia. She is on a mission to save it from the evil Arcturus. Bionic Commando: Elite Force was upgraded because of the new mechanics and features. The smooth animation and action-filled gameplay made this one of the best GameBoy Color video games. Play it on your Retro Gaming Console.

Pokemon Pinball is another GameBoy Color game published in 1999. The Pokemon franchise gained a lot of popularity since it first came out. Pokemon Pinball is one of the Pokemon-related retro video games that was loved by many. What made this video game enjoyable is critter caching features of the main game and high-quality pinball mechanics. Play it on your Retro Gaming Console. This Pokemon hybrid was one of the best spin-offs. It has different courses hitting different pokemon and racking up high scores. It is one of the most addicting games as reaching higher scores makes you go further. From popping out a bellsprout’s mouth to hitting gold with pokemon as mighty Mewtwo, pokemon fans will find this game addicting.

This video game includes giant nuke-wielding bipedal tanks and a lot of action. Metal Gear Solid is also known as a Metal Gear Ghost battle. It is a 2D game with updated mechanics from the later Metal Gear Solid games remakes. Because of the blend of stealth and action, it quickly became one of the best GameBoy Color games. 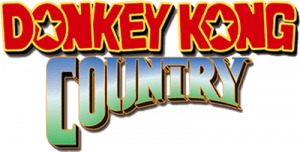 If you are a fan of retro Nintendo games then you probably already heard about this game. This retro video game was a classic side-scrolling platform game. It had one of the best gameplay for that time. The GameBoy color port of Donkey Kong Country stayed true to the original game. The additional levels Necky nutmer, other upgrades, hidden areas, and different gameplay modes made this retro game enjoyable to play. Donkey Kong Country was applauded for its vibrant graphics as they gave depth to the game. The plot follows Donkey and Diddy on a mission to retrieve Donkey Kong’s banana horde from King K Rool. Donkey Kong’s enemy is a crocodile. There are different levels. Some of them are placed in the jungle, underwater, factories, mountains, ruins, caves, and others. Play it on your Retro Gaming Console. 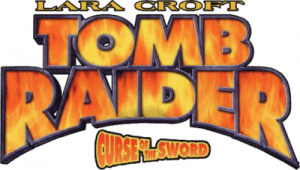 Curse of the Swords is a side-scrolling game with deeply textured graphics. This is a single-player action-adventure game. It follows the same theme and gaming engine as the first Tomb Raider game. What makes this version better are the challenging puzzles players need to solve, new challenges to overcome, and enemies to defeat. This retro video game follows a storyline of a crazy magician who is rising to power in the underworld scene in New Orleans. When she dies one of her followers tried to bring her back to life. Tomb Raider needs to find a cult and break the sword.

Dragon Warrior Monster is one of the best games on Gameboy Color. The fun fact is that it was released before the game console. Dragon Warrior Monster follows the story of the series key characters Terry and Milly. The plot is following their life when they are both children. This is a colorful game with levels that remind us of Legen of Zelda. Dragon Warrior Monsters’ gameplay has a lot of similarities to the Pokemon series. The story is focusing on Terry setting out on a quest to save his sister Milly. He is not fighting enemies himself, he is using monsters to fight instead of him. Players need to defeat the evil monster and go through all the challenges. My favorite game that I play on my Retro Gaming Console.

This is one of the best Pokemon Gameboy Color games. The fun of it is in battling other trainers as in the mainstream series. With the popularity of physical cards, this game made it more convenient to experience battle. Players could collect cards on their Gameboy Color console. The key of the Pokemon Trading Card Game is to challenge 8 club masters and 4 grandmasters. As you beat your opponent you win different cards. 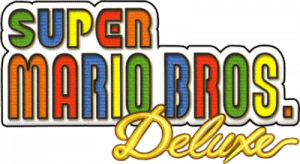 Super Mario Bro. Delux upgraded the game by adding a simultaneous multiplayer mode, a new challenge mode, and many newly created actioned packed levels. Although you might think that it is just a remake of the original series, that is not the truth. Super Mario Bro. Delux has a lot of new and surprising features to guarantee a completely new look at the original story. The Mushroom Kingdom is an uproar after the Koopas have used their dark manage to turn its citizens into blocks, bricks, and mushrooms. This king of the Koppas has stolen the princess Peach. Mario needs to save the citizens and the princess. This storyline showed its popularity since the beginning and this retro game made it even better. Play it on your Retro Gaming Console.