Besides playing modern video games, classical games are also very popular like Pokémon, Super Mario 64, Zelda legends, etc. If a person wants to keep playing both classical or modern games on your IPad or PC, try using the best emulator to keep having fun. The emulator is a software application that simulates a video game system. Individuals may use emulators to enjoy some of the most famous games without jailbreaking their iPhones or iPad. Here are all of the top iPhone and iPad emulators.

The Process Of Installing Emulators

The Play Store has a plethora of entertaining games for Android smartphones. For individuals who like playing games on previous systems such as the Game Boy Advance and Nintendo, Android offers platforms to play games from such devices. Through a third-party emulator, anyone can play the games they loved as a youngster whenever and wherever they choose.

Although Apple does not permit video game emulators in the App Store, they may be installed on any iPhone, iPad, or iPod shuffle without jailbreaking the device. That means the emulators might be a little unstable at times, but it’s a tiny price to be paid for accessing the finest retro console games on an iPhone.

Emulators can be downloaded by accessing different websites like emulator or App market. But the reliability only gets better if someone gets a subscription. After installing an emulator, users still need to have some ROM to use it smoothly. You’ll need to have ROM for every game that you’re playing because it will work on an emulator that supports the parts of the console. N64 Rom will support every emulator that is N64. Although emulators are legal, acquiring ROMs for games users don’t even own is labeled piracy. Some businesses don’t object if users make a “second copy” of a game they already possess, but it’s not always permitted.

How To Run A Game Emulator

An emulator is some form of system simulation. Here are a few steps listed below that will describe the process of running a game on an emulator.

To get an emulator depends on what kind of games a person wants to play. There are top-rated emulators which anyone can get. Visual boy advance and boycott advance are some really good emulators.

After deciding which emulator you want, install it. Then unzip the file which is really easy through an application called WinRAR. Download a trial that will last for a long. But once users have it, there is no need to actually buy the program. There is one more option available, get a .exe file that will download on its own once a person double clicks on it. Then comes the last step, where a user just needs to click on the file to install an emulator.

If a user has installed visual boy advance, they’ll have to extract the data from the WinRAR folder. Here are some techniques described below:

Users have to own a game to have ROMs. if they have ROMs not a game only then it’s illegal.

There are two approaches to this: the messy approach and the clean one. The sloppy way entails dropping all of the ROMs into a specific folder. This makes it easier to discover the folder but more impossible to access any ROM (depending on if you have thousands upon thousands). The clever technique is to arrange all of the ROMs they download by the system. GBA ROMS will go in the GBA ROMs folder, N64 ROMs should go in the N64 ROMs folder, and so on.

Select the file where users organized their ROMs accordingly and then select the ROM and play it.

Now that a person has completed all the above steps, they can play any game they would like and enjoy their time.

Top 4 Emulators For Android And iPhone

Blue stacks is a highly preferred android emulator. It performs in a very effective manner. Its features are rich, have great compatibility, and offers an app store.

Users can still save their games in any state, use Fast Save if they already have extra controllers, and synchronize all their information to Google Drive or Dropbox for protection with Delta. They also may add secret codes to the games to spice things up, or lock their favorite saves to prevent them from being overwritten. This is the finest emulator to use if users want to enjoy Pokémon on their iPhone. Portable PS4, Xbox One, and MFi gaming consoles, as well as Bluetooth or tethered keyboards, may be connected to Delta. They may adjust the button mapping as they like, even setting presets per system or controller.

It’s particularly useful if you want to enjoy classic Game consoles on your iPhone. You may save your plays at any time, or record gameplay footage and sync it all to iCloud. You can also select to auto-load a certain save each time you enter Provenance to get started playing as soon as possible.

It is a dedicated gaming emulator designed for players who wish to play a variety of Android mobile apps on desktop computers. You might be startled to learn that Ten cents created Game loop – formerly known as Ten cent Gaming Buddy – as part of the personal computers gaming experiment.

Emulators frequently include features that go beyond the constraints of the original hardware. It has several features such as wider console compatibility, timeframe control, high capacity, clear and better quality, easy accessibility, one-click cheat identifiers, and enabling of gameplay features. Emulators are also essential tools in the creation of homebrew demonstrations and new releases for older, obsolete, or uncommon platforms. 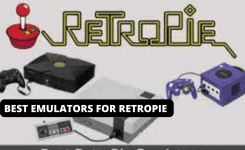 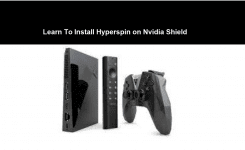 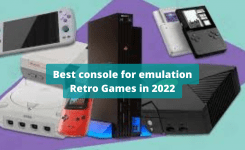 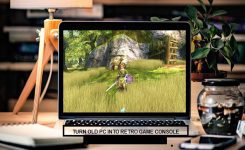 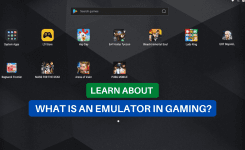 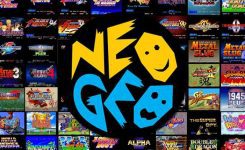 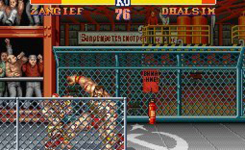