The original PlayStation, also known as the PS1, was a groundbreaking console that was released in 1994. It was known for its impressive library of games, which included popular titles such as Final Fantasy VII, Metal Gear Solid, and Crash Bandicoot. Among the variety of genres that the PS1 had to offer, Racing games were one of the most popular and well-received. In this article, we will discuss the best PS1 racing games that were released for the console.

Gran Turismo is considered by many to be one of the best racing games of all time, and the original PS1 version was no exception. The game featured over 140 cars, 11 track locations and a variety of game modes, including Arcade, Simulation, and Time Trial. The game’s physics and handling were praised for their realism and attention to detail. Additionally, the game featured stunning graphics and a dynamic soundtrack, making it an immersive and engaging racing experience.

Ridge Racer Type 4 was the fourth installment in the Ridge Racer series and it was exclusive to the PS1. The game featured over 30 cars, 8 tracks, and a variety of game modes including Arcade, Time Attack, and Grand Prix. The game’s handling was praised for its precision and responsiveness, and it was considered to be one of the best arcade-style racing games on the PS1. The game’s visuals were also highly praised for their vibrant colors and detailed environments.

Crash Team Racing was a kart racing game that was set in the Crash Bandicoot universe. The game featured a variety of characters from the series, including Crash, Coco, and Dr. Neo Cortex. The game featured a variety of tracks, power-ups, and game modes, including Adventure, Time Trial, and Battle. The game’s handling was praised for its accessibility and fun factor, and it was considered to be one of the best kart racing games on the PS1.

Need for Speed III: Hot Pursuit was the third installment in the Need for Speed series and it was the first in the series to feature police pursuits. The game featured a variety of cars, tracks, and game modes, including Arcade, Single Race, and Hot Pursuit. The game’s handling was praised for its realism and attention to detail, and it was considered to be one of the best street racing games on the PS1.

Formula One ’97 was a racing simulation game that was based on the 1997 Formula One World Championship. The game featured all the teams, drivers, and tracks from the 1997 season, and it also included the official FIA rules and regulations. The game’s physics and handling were praised for their realism and attention to detail, and it was considered to be one of the best racing simulations on the PS1.

In conclusion, the PS1 had a wide variety of racing games, from arcade-style to simulation, and each one of them offers a unique experience. Gran Turismo, Ridge Racer Type 4, Crash Team Racing, Need for Speed III: Hot Pursuit, and Formula One ’97 are considered some of the best racing games that the PS1 had to offer. They all offer different experiences, from realistic physics and handling to fun and accessible gameplay. These games are still considered classics and worth playing for those who want to experience the best of the PS1 racing games.

The Best Games for Playstation 1

It has been two and half decades since the launch date of the original PlayStation, or PlayStation 1, order. You can also play it on your ps1 Retro Console (watch it working).

We have experienced the quick movement of the game’s evolution from year to year. The AAA game list this year is different from what we experienced 26 years ago. Some of you haven’t even been born.

But for those who played the PlayStation 1 in their time, it is hard to deny how impactful the classic games were on their lives. One of the things that we can feel today is the impact of the pop culture featured in those particular ps1 retro games.

From the super stealth games like Metal Gear Solid to the runners like Bandicoots, or the adventurous Tomb Raider, those are only the tips of the iceberg of the game franchises on PS1. Yet, we may not have covered all of them. Here are the best PS1 games and some that you probably missed. 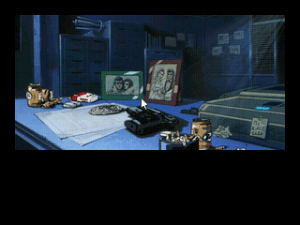 The interactive comic-centric game comes with point-and-click mechanics with shooting games as the side dishes.

In this game, the player will play a protagonist called Jonathan Ingram, who has just lost his wife and wants to investigate the case.

Policenauts takes place mostly in space. The colony of Beyond Coast is the place that you’ll explore there. The game has never been released outside Japan. However, a fan-made English translation version can be found online. 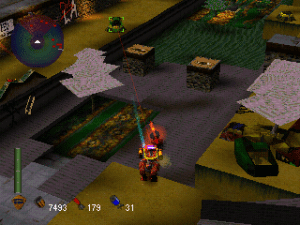 The Future Cop LAPD says what it is about. The excellent sci-fi action title allows you to control a cop meca which can transform into a car in challenging missions. But you don’t have to be alone to answer the call of duty. You can play with your friends in split-screen co-op challenges. Play it on your ps1 Retro Console. 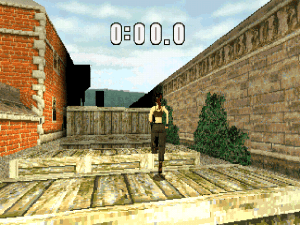 It is obvious, isn’t it? This sequel is one of the most successful ps1 adventure games of that era. The game comes with challenging puzzles with rewarding reveals at the end of each solved challenge. Lara Croft delivered a much more polished version of the game back then. 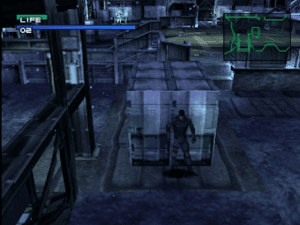 Metal Gear Solid was a hit in the marketplace. Hideo Kojima nailed it.

Many people who have ever played this game have been attached to the stealth hero Solid Snake so that they always welcome new sequels after sequels in the future.

The action-adventure game design comes with a unique approach to stealth, evading, and puzzle elements. The game director added more spices with the great cutscenes, voice-acted conversations, and the coherence of the main character’s crusade. 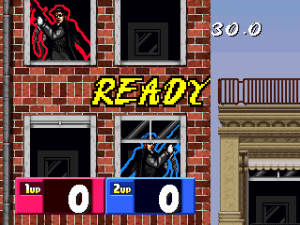 There’s always an excellent time for party games. And Bishi Bashi Special is one of the most recommended games to share with your fellow players. This game utilizes a multi-tap to enable eight players. The bite-size minigames invited all of the hangout friends to participate. All the retro ps1 games are crazy and competitive. Some are even making the buttons break. It was one of the rarities that we yearn to enjoy nowadays. 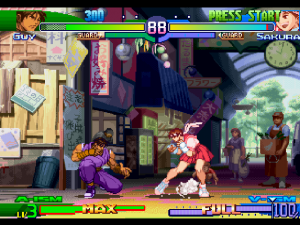 It is a true masterpiece. There were only a few PS players who disliked this anime-styled 2D fighting game. Even the writer of this article has found it hard to hate this game. There are too many beautiful components, from the graphics, sounds, game mechanics, characters’ uniqueness, gameplay, and so on. This came with only a few flaws, and those were well-covered by the great endeavours of this game. It was a feature-rich game that everyone would regret missing at that time. 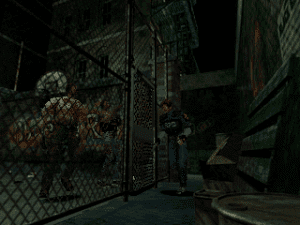 The Resident Evil series is one of the most successful horror survival games in the world. The mark started with Resident Evil 2, which challenged the players to survive the Raccoon City crisis. Backed by such a great story, the players had more stakes to overcome. It has more positive points from the character development, challenges, monsters, and controls of the ps1 best games. Still using fixed camera angles, it offers a lot of exciting aspects to enjoy. The challenging adventure in RE2 had a significant impact on a wide array of players. My favorite game that I play on my Retro Console.

Ghost in the Shell 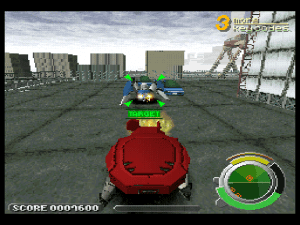 Ghost in the Shell is definitely on the list since it was one of the most popular third-person shooters at that time. Since it is derived from anime, it also made the game one of the most prominent anime tie-in games. 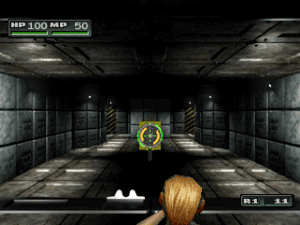 The survival horror games have been competing with other excellent series like Resident Evil and Silent Hill. This survival horror game takes it to the next level by offering a fantastic progression of RPG elements. Aya Brea reprised the role as protagonist in the sequel. The player would play her to investigate the outbreaks of the Mitochondrial creatures. 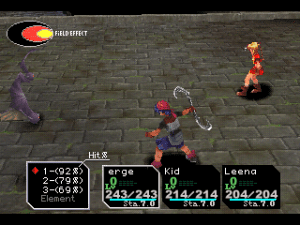 When we talk about Square, the Final Fantasy games are the first thing on our mind. Many people overlook the Chrono Cross title. It is an influential classic, and there is a great reason why it is one of the best PS1 games ever.

It has an inspiring RPG battle system. The player needs to use their wisdom to assemble the right party for them. It also had one of the most excellent graphics at that time. 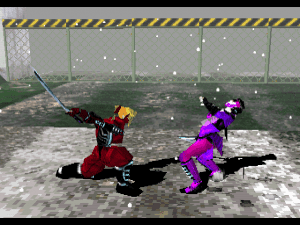 Back then, when many people ranted about the failures of 3D fighting games that could not beat 2D counterparts like Street Fighter, the Bushido Blade could reign without BS. It was not as successful as the other fighters, but it did have pretty segmented fans. The game lacks life bars. One can defeat their enemies with one single blow. Play it on your Retro Console. 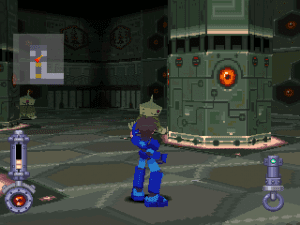 Mega Man Legends is undeniably one of the best action games of its particular era. Capcom had nailed it by mixing the classic anime with modern action phases that wouldn’t bore the avid players.

What do you think about our list? Did we miss your favorite game? Or, do you have different views? Put your comments in the comment section below to let us know.